Born and raised in Lyn, Ontario, Mary Jean has deep roots in the Brockville community and is a longstanding volunteer for many organizations.

Commencing in 2001, Mary Jean practiced law as a corporate-commercial lawyer in Brockville for 15 years prior to working in the federal government for the Minister of Agriculture from 2016-2018.  Presently, Mary Jean is General Counsel to Ross Video Limited, a global technology company with origins in rural Eastern Ontario.

An active volunteer in the community, Mary Jean was the President of the Brockville and District Chamber of Commerce and served on the boards of various not-for-profit and fundraising organizations. She was founding Chair of Friends of Thousand Islands Secondary School, the community organization that raised the money for the TISS Track.  She served for a number of years as Co-Chair of the Annual Giving Campaign for the Brockville YMCA.  She was honoured as Brockville’s “Citizen of the Year” in 2008. In 2010, she was elected to Brockville’s City Council. She served on the city’s Police Services Board, the Finance, Administration and Operations Committee and was the Chair of the Economic Development and Planning Committee. In 2017, she joined the Campaign for the Re-Development of the Brockville General Hospital as the Co-Chair of the campaign. 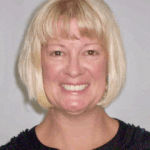 Robin is a Registered Social Worker with a Master of Social Work degree from the University of Calgary.  Robin worked for over 10 years in community mental health and addictions before joining the Brockville General Hospital administrative team in 2008.  Robin currently works as a Social Worker on the Mental Health Crisis Team.

In addition to supporting the Aquatarium, Robin has been an executive member on various Board of Directors, serving with Leeds and Grenville Interval House and Loaves and Fishes.  Robin also volunteers her time with local community organizations including the Kidney Foundation, Trillium Gift of Life Network, Brockville and Area Community Foundation – Hope Fund, and the YMCA.  In her spare time, Robin enjoys gardening, travelling, and spending time on the river with her family.

Steve joined the Aquatarium board in May of 2018 bringing with him over 30 years of public administration experience as Naval Logistics Officer.  Retired as a Naval Captain, (Director of Naval Logistics) he continues to work within the Department of National Defense, responsible for Inventory Management.  Growing up in Ottawa and as a graduate of the Royal Military College in Kingston he has strong roots in Eastern Ontario. In addition to a BA in Political Studies, he has a Masters In Defense Studies and is a Chartered Professional Accountant.  Steve loves sailing and maritime history. He is passionate about education and the creation of positive experiences for young people.  Involvement with Aquatarium provides an excellent opportunity to build on these interests.

Barry Moss is the President of 401 Electric, and a number of other businesses, making him an integral part of the Eastern Ontario business landscape. Barry has received several awards for his leadership and business excellence including; Richard Cullis Leadership Award of Distinction, Minister’s Apprenticeship Employer Recognition Award, and the Brockville and District Chamber of Commerce Small Business of the Year Award.

Barry is a committed and valued community leader serving on the Electrical Safety Authority, Innovative Contractors Solutions, is Chair of the Employment + Education Centre, Director with the Brockville and District Chamber of Commerce and volunteers with the Leeds and Grenville Small Business Enterprise Centre. As a Business Mentor, Barry has shared his wisdom with many, and in a manner that has had a direct positive impact on businesses’ growth and success.

Barry lives in the Brockville Area with his wife, Lori, and is a proud father of their two daughters.

Principal of the Fuller Group of Companies, (a diversified group of construction, fabrication, development and real-estate companies- including creating Tall Ships Landing); Past Chair of the Council of Ontario Construction Associations (C.O.C.A); Simon “grew up before the mast’ aboard his family’s brigantine becoming skipper at age sixteen.   Four years later, after skippering the brigantine  Black Jack with a crew of teenagers to Quebec 84’ and OpSail 86 in NY., he founded, as President,  the Bytown Brigantine sail training  foundation so that others could experience the benefits afforded to him.

Simon is the visionary founder of the Aquatarium at Tall Ships Landing and life member and a founder of the Canadian Sail Training Association;  Past Commodore of the Britannia Yacht Club.

Simon believes passionately that “There is nothing more worthwhile than building confidence and self-esteem in youth, through adventure. -If you instruct they may remember, if you inspire their curiosity by relating what you know to what they are interested in, you may spark a passion for learning  and achievement that is self perpetuating.”

Mr. Davies is Canada’s leading educational entrepreneur. He has directly founded, grown and administered 6 private schools across Canada, and has served as Director General, Headmaster, Head of School, board member and consultant for several others. Notably, Mr. Davies established the first International Baccalaureate programme in Québec and was founder and leading developer of Canada’s first high school French Immersion programme.

Mr. Davies founded West Island College in Montreal in 1974 before expanding operations with West Island College Society of Alberta in 1982 and West Island Schools of Ontario Inc. (Ottawa) in 1984. The United Nations proclaimed 1985 to be “International Youth Year” and invited schools and agencies worldwide to interpret the themes of “participation, development, and peace”. Mr. Davies interpreted those themes by taking students and teachers from West Island College around the world on a chartered Tall Ship to visit other students in countries around the world. The success of this trip led to the development of West Island College International in 1992 with the launch of the S/V Concordia, a purpose-built Tall Ship designed for and operated exclusively by the school. As the world’s leading experiential education programme, Class Afloat Students have sailed over 700,000 nautical miles to over 250 ports worldwide. Tall Ships America has recognized the program as “Sea Education Program of the Year” in 2000 and 2008, and Mr. Davies was recognized as “Sail Trainer of the Year” in 2004.

Most recently, Mr. Davies was responsible for the design, development and launch of A+ World Academy in Bern, Switzerland – a high school using the Tall Ship Sörlandet as a platform. Mr. Davies continues to serve as a contributing director / trustee to: A+ World Academy; West Island Colleges in Montreal and Calgary; Stanstead College in Québec; Leahurst College in Kingston, Ontario; Sail Training International Ltd.; Tall Ships America; Bytown Brigantine Inc.; and The Brockville Aquatarium.

Fill Out The Form To Recieve 10% Off Your Next Reservation